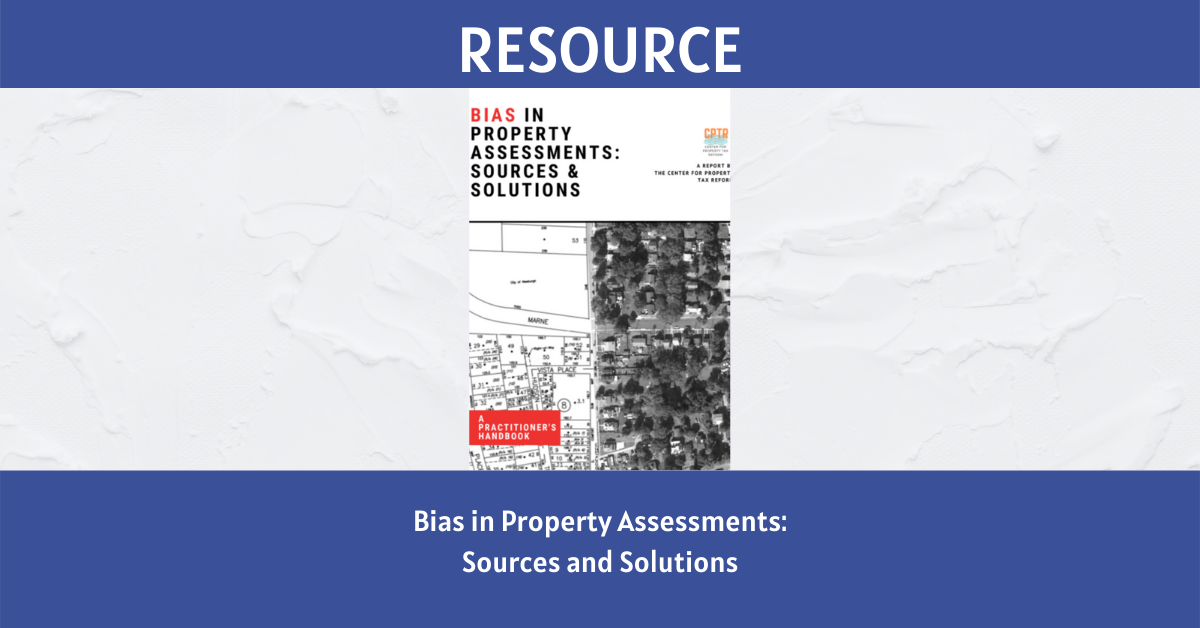 Believe it or not, property taxes have a lot to recommend them. An ad valorem tax on an inelastic base, property taxes are a transparent and steady revenue stream that forms the financial backbone of most municipal budgets. Yet despite these widely admired (in economic and policy wonk circles, anyway) characteristics, we are becoming increasingly aware of the role of property taxes in perpetuating racial and economic disparities and hampering intergenerational wealth accumulation among BIPOC and low income populations throughout the United States.

One need look no further than Propublica’s coverage of Chicago’s assessment nightmares, which are estimated to create roughly $1,000 in extra tax burden for homeowners each year; or the extensive investigations, publicized in Bloomberg, NPR and elsewhere, of Detroit’s tax woes, to get a sense that property taxes are often not at all equitable in their execution. And for anyone seeking statistical confirmation of these case studies’ validity, the truly staggering breadth and depth of these inequities have been laid quite plain in the nationwide analyses of academic researchers such as Christopher Berry and Troup Howard.

So we’re left with these dual realities: the premise of property taxes is sound, but the execution is inequitable. And for us at the Center for Property Tax Reform this brings two questions immediately to mind: First, where does bias in property assessments come from? (After all, professional assessors’ primary objective is to create valuations that are “fair and equitable,” not for some property owners, but for all of them.) And second, recognizing that many current assessments fall short of meeting the fair and equitable standard, what can we do to fix them?

It was with these questions in mind that we created our “Bias in Assessments Handbook.” The Handbook combines an extensive literature review with data gathered through one-on-one interviews with professional assessors in some of the nation’s largest jurisdictions – assessors who have personally and professionally dedicated themselves to identifying and remedying regressivity and inequities in their jurisdictions’ assessments and can speak with authority about how to do it right.

The Handbook is a straightforward guide for anyone – assessors, policymakers, students, and taxpayers – that introduces the 11 unique ways we’ve found that bias can enter assessment roles and the 25 approaches we’ve identified to address it. These sources and solutions are organized into two defining categories: factors within an assessor’s control, and those that originate outside the assessor’s office. While we would have liked to create a one-to-one relationship between the sources of bias and its remedies, reality is more complicated than that, but we trust our readers to see this resource as a comprehensive “menu” of information, and take what they need while leaving what they don’t.

At the Center for Property Tax Reform, we’re dedicated to equity in taxation, and we recognize that even our favorite tax (Land Value Tax, of course!) is dependent on good quality assessments to work properly. It is our sincere hope that this handbook will be an asset to anyone, anywhere, who’s interested in addressing bias in property assessments.