View Presentations from our Progress of Ideas Symposium:
Spring/Summer 2022

We are seeking applications on a wide array of topics related to the works, policy solutions, and political and ethical implications of Henry George, including land value taxation, economic justice, free trade, and contributing to the public good without exacerbating inequality.  Click below to learn more and apply now; the deadline for applications is December 16.

You can help support our efforts to provide grants and funding for innovative research related to our mission like the presentations featured above.

Read below to learn more about our distinguished group of current scholars engaged in innovative research across a variety of different fields and disciplines related to our mission.

"Measuring Opportunity Zone Outcomes and the Role of Gentrification" The federal government has a long history of using tax incentives to spur private sector investment in development initiatives aimed at lower-income households (defined by Housing and Urban Development as households earning 80% or below Area Median Income). While some of these are project based, such as the Low-Income Housing Tax Credit (LIHTC), others are place-based incentives, such as the New Market Tax Credit, Empowerment Zones, and the 2017 Tax Cuts and Jobs Act, Opportunity Zones. While there is growing research on the Opportunity Zone policy tool, there is little analysis that systematically measures the extent to which investments are benefiting intended communities. More critically, preliminary research reports suggest that there is significant disagreement as to whether the tool is at risk of causing gentrification (Looney and Gelfond, 2018; Fikri and Letteieri, 2018; Jacoby, 2019). Currently, there is no formal entity empowered to monitor and evaluate the effectiveness of the program, and data is not being collected on capital raised or investment patterns in any standardized and publicly available format. Without data, it is extremely difficult to elucidate potential negative outcomes of the program. Further, without a rigorous reporting structure, it is difficult to measure whether the investments being made are translating into projects with high impact potential or with equity-based outcomes. Our proposed research investigates: What data is available and useful to measure impacts of Opportunity Zone investments? To what extent are Opportunity Zone investments having positive impacts on the community? Utilizing Neil Smith's (1987) rent gap theory and other more contemporary gentrification scholars as the conceptual foundation for this work, the overarching goal of the proposed research is to elucidate whether the Opportunity Zone policy tool is actually benefiting vulnerable and marginalized communities or whether the tool poses a risk of gentrification and displacement.

"The California Sustainable Agricultural Lands Conservation Program: Evaluating the Use of Cap-and-Trade Funds to Promote Climate Mitigation and Adaptation." In 2012, California launched a cap-and-trade program aimed at reducing greenhouse gas emissions from commercial and industrial operations. California auctions allowances to emitters who otherwise would exceed their annual emissions caps. Beginning in 2016, California has used some of the proceeds from the sale of allowances to make grants to local governments and land trusts to purchase the development rights to agricultural land. Agriculture plays a dual role in the mitigation of greenhouse gas emissions. On the one hand, agriculture is a major source of methane emissions from livestock and nitrous oxide emissions from the use of synthetic fertilizers. On the other, by maintaining open land, farms store and sequester enormous quantities of carbon in the soil. When farmland is converted to residential and commercial development, the land is disturbed and much of it is paved over, causing a significant loss of stored carbon. Preserving agricultural land for active farming involves: 1) ensuring that the land cannot be developed for uses other than agriculture; 2) maintaining the affordability of farmland; and 3) ensuring that the land is properly managed to store and sequester carbon in the soil and that farm operators can adapt to changing climate conditions. This project evaluates the performance of the Sustainable Agricultural Lands Conservation Program in terms of the amount of land preserved, the maintenance of affordability for future generations, and requirements for sustainable land and water management to mitigate and adapt to climate change. Paying for development rights at first appears to be rewarding landowners for the unearned increment they have garnered, a situation anathema to Georgists. Although landowners are giving up the right to develop their land, assuring that the land remains productive and is managed to mitigate and adapt to climate change is essential. This project will investigate whether that is happening and will offer examples of how to amend the program if needed. One possibility would be to base the value of development rights on the climate mitigation and adaptation value of the property; another is to draft the deed of easement on the property to require certain management and adaptation practices.

"Optimal Property Taxes" Property taxes raise the flow expenses of home ownership, but lower the initial purchase price when capitalized into values. This project addresses the question of how different households trade off these different benefits. Elderly homeowners move in high property tax jurisdictions towards low property tax areas for retirement. These moves open up more single-family stock for younger families, who have less down payments saved up, but have more flow income. As a consequence, high property tax areas enable efficient spatial allocation of homes to families that need them. By contrast, areas with low property taxes (such as California, with Proposition 13) feature homeowners who are “stuck” in place, and challenges in housing access for young populations.

Read below to learn more about our past recipients of the Progress of Ideas Grant and learn more about their innovative research and presentations across a variety of different fields and disciplines related to our mission.  You can also view recordings of their presentations highlighting the results of their research sponsored by our grant funding in our recent Progress of Ideas virtual symposium series.

Dr. Raymond is an Assistant Professor in the School of City and Regional Planning in the College of Design at Georgia Tech. Her research is at the intersection of real estate finance and socio-spatial inequality. She has explored the uneven housing market recovery following the real estate and financial crises of the 2000s, persistent and concentrated negative equity in the Southeast, the rise of single-family rental securitizations, and eviction rates in single family rentals.

Michael Guttentag is Professor of Law at LMU Loyola Law School in Los Angeles. His scholarship focuses on the intersection of law and markets, and specifically on how law can be used as a tool to share resources fairly and efficiently. He uses a variety of methods to carry out this research, including conducting experiments and developing mathematical models, and has published numerous articles.

Prior to his career in academia, Michael Guttentag worked as an executive in the public and private sectors, where he held senior management positions in the Internet, entertainment, and financial services industries. From 2005 to 2008, he was a member of the faculty of the Boyd School of Law, UNLV, and has visited at the Emory University School of Law, UCLA School of Law, and the University of Southern California Law School. He joined the LMU Loyola Law School faculty in 2008. Guttentag is a member of the American Law and Economics Association, the Society for Empirical Legal Studies, and the Bar of the State of California.

The Robert Schalkenbach Foundation is proud to support research efforts and innovative scholarship in fields and disciplines related to our mission. At this time there are no grant opportunities available; information about additional opportunities will be posted shortly. Please check back regularly for more information on research topics, eligibility criteria, and deliverables. All future grant opportunities will also be publicized in our newsletter and through our social media - please sign up for our communications to receive the most up to date information.

This series, which will ultimately be six volumes in length, is published by Rowman & Littlefield publishing and is sponsored by RSF.

The Henry George Foundation of Great Britain also provides support for the publication of this series. 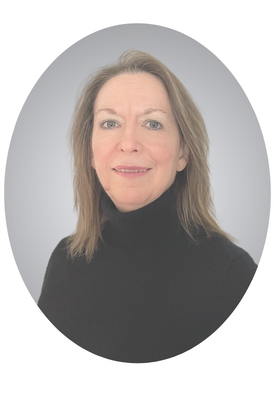