Cities Start to Question an American Ideal: A House With a Yard on Every Lot

A reckoning with single-family zoning is necessary, they say, amid mounting crises over housing affordability, racial inequality and climate change. But take these laws away, many homeowners fear, and their property values and quality of life will suffer. The changes, opponents in Minneapolis have warned, amount to nothing less than an effort to “bulldoze” their neighborhoods.

Today the effect of single-family zoning is far-reaching: It is illegal on 75 percent of the residential land in many American cities to build anything other than a detached single-family home.

That figure is even higher in many suburbs and newer Sun Belt cities, according to an analysis The Upshot conducted with UrbanFootprint, software that maps and measures the impact of development and policy change on cities.

If this moment feels like a radical shift, said Sonia Hirt, a professor at the University of Georgia’s college of environment and design, it was also a radical shift a century ago when Americans began to imagine single-family zoning as possible, normal and desirable. That shift led Minneapolis to look like this: 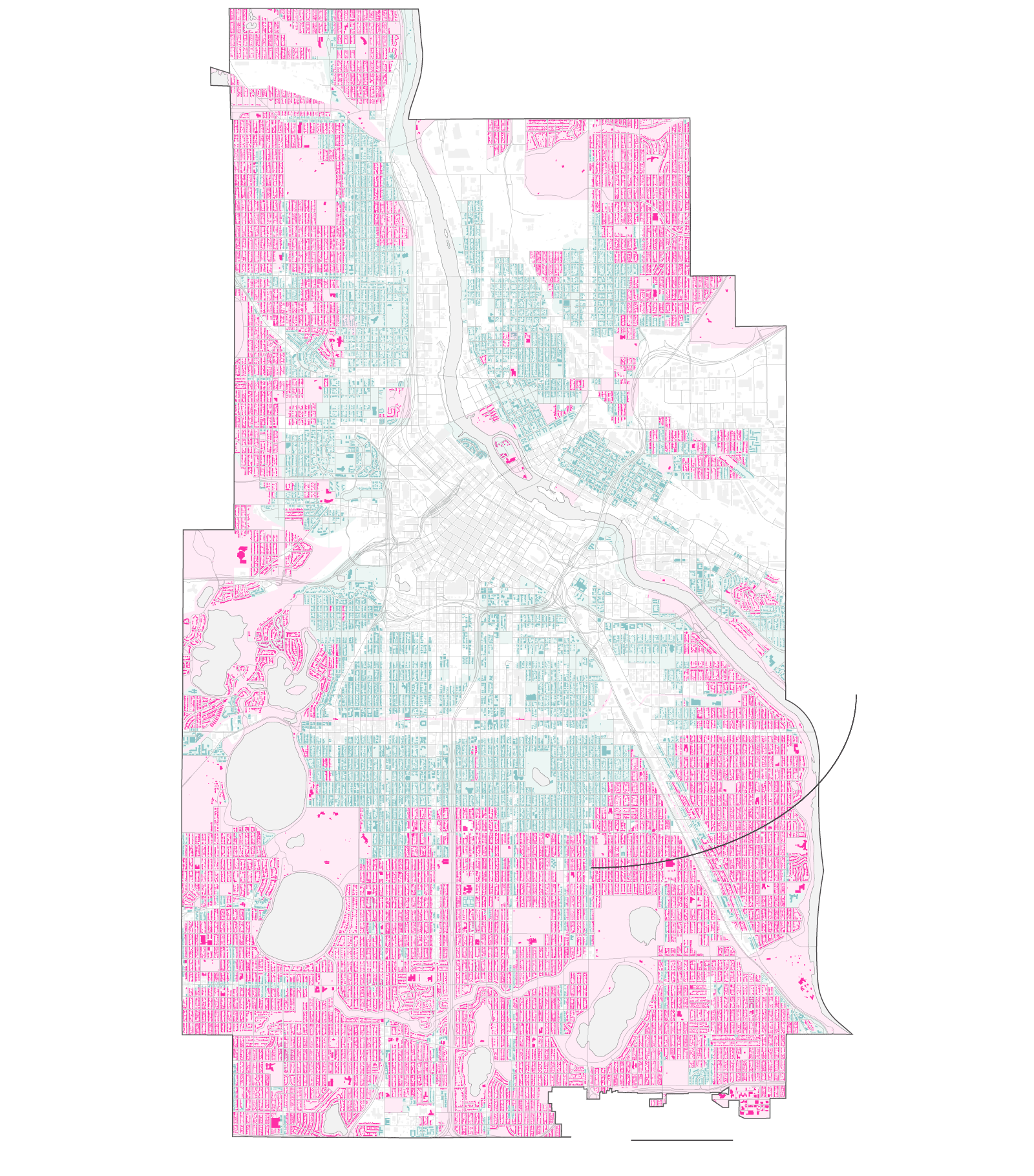 Many cities allow additional housing in nonresidential zones: for instance, in apartments built over offices or stores. These maps highlight the land exclusively set aside for housing.

Such maps reflect the belief that denser housing can be a nuisance to single-family neighborhoods just as a factory would be. That conviction is at least as old as the 1926 Supreme Court decision that upheld zoning in America.

Apartments, the court warned, block the sun and air. They bring noise and traffic. They act as a parasite on single-family neighborhoods — “until, finally, the residential character of the neighborhood and its desirability as a place of detached residences are utterly destroyed.”

Today, the very density that the court scorned is viewed by environmentalists as an antidote to sprawling development patterns that feed gridlock and auto emissions. It’s viewed by planners as an essential condition to support public transit, and by economists as the best means of making high-cost cities more affordable.

Single-family zoning “means that everything else is banned,” said Scott Wiener, a California state senator, speaking this spring at the Brookings Institution in Washington. “Apartment buildings — banned. Senior housing — banned. Low-income housing, which is only multi-unit — banned. Student housing — banned.”

Cities regularly “upzone” individual neighborhoods or properties to allow more housing options. Minneapolis’s remarkable approach was to upzone every single-family neighborhood at once. That was the fairest solution, officials argued.

“If we were going to pick and choose, the fight I think would have been even bloodier,” said Heather Worthington, director of long-range planning for the city.

Even so, some residents vocally opposed the change, and the city collected 20,000 public comments on the broader plan that included the zoning proposal. The City Council ultimately voted for it, 12-1. If, as expected, a regional council approves it this year, duplexes and triplexes will be allowed citywide on what are now single-family lots.

The lesson of Minneapolis, said Salim Furth, an economist at the conservative Mercatus Center, is that a single, sweeping edit to these maps may be politically easier than block-by-block tweaking.

Over time, if just 5 percent of the largest single-family lots in Minneapolis — lots of at least 5,000 square feet — converted to triplexes, that would create about 6,200 new units of housing, according to UrbanFootprint. If 10 percent of similar-sized lots in San Jose, Calif., added a second unit, the city would gain 15,000 new homes.

“If you want to have the suburban American lifestyle, that will still be on offer,” Mr. Furth said. “What we’re really trying to change is that that has become so universal that there’s not much space left for anything else.”

A moment of crisis

While zoning remains invisible to many people, the problems it’s connected to increasingly are not.

“Every community has to have a moment of crisis that eventually makes you pay attention to certain things,” said Taiwo Jaiyeoba, the planning director for Charlotte. “You knew they were there, but there was no impetus or motivation to address it.”