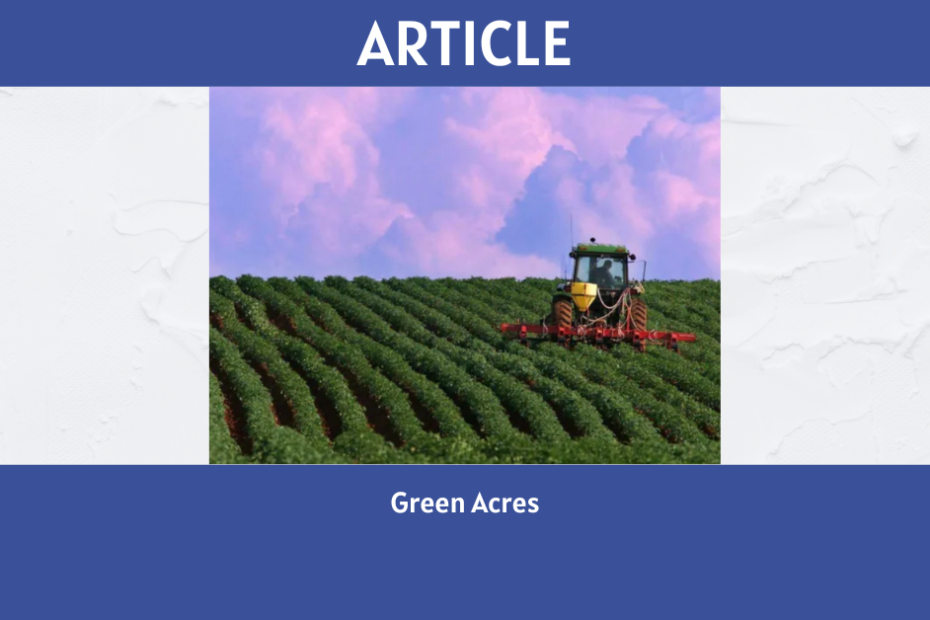 Land Value Taxation (LVT) would level the playing field between new farmers and established mortgage-free farmers who presently have a huge (‘I was on the island first’) advantage.

Eliminating farmland speculation would reduce pressure to drain wetlands and take out fence rows and woodlots, and would encourage releasing marginal land back to nature.

Collecting the rental value of land (and ignoring improvements) would raise the carrying cost of land and lower the upfront cost. Bank loans to finance land purchases would therefore no longer be required, thereby eliminating interest payments for the land component of farming. “Paid off” farms would no longer have the advantage over farms with mortgages, which would allow for the entry of young farmers.

Because it untaxes improvements, LVT would allow farmers to build pre and post-harvest facilities on their farms, to prepare vegetables and jams, to build seed conservation facilities, farm stores, facilities for agri-entertainment, agri-education, and agri-vacations––in short, it would allow for all manner of value-added activities, without tax penalties.

There are millions of children and young adults in urban areas who rarely have the opportunity to visit local farms outside Toronto. This is because these farms are all planted for corn and soy cash cropping, and with no facilities for people to visit/work/play/learn on the land. The absence of land value capture forces farmers to grow globally undifferentiated industrial feedstock instead of growing food for the local community.

Without the implementation of LVT, farmers will always be broke. In other words, land rich, cash poor. Most farm profit goes as much into bidding up the price of farmland for speculation as it does into growing. Land prices rise to absorb “surplus” profit, which will force all future farmers to take out yet higher mortgages and pay yet more in interest to banks. With LVT, these wagon-loads of interest payments to banks would instead be diverted to governments and allow for the phaseout of economy-damaging taxes on jobs, business and sales.

Many jurisdictions use tariffs and supply quotas to protect local agricultural production and to match local supply with demand.

Presently, to begin production, a farmer must pay upfront for buildings, machinery, land, and quota, racking up crippling bank debts. If governments captured the rental value of land and quotas, bank loans would only be needed for buildings and machinery, since the cost for land and quota would become pay-as-you-go.

Clearly supply quotas are land-like assets — they have no cost of production and 100% of their value is created by local supply and demand, therefore the rent that accrues to quotas should be captured by governments. This rental value should be captured monthly or yearly to relieve new farmers from onerous one-time quota purchases.

For more information, you can view this excellent video from South Africa, which (near the end) talks about organic agriculture.