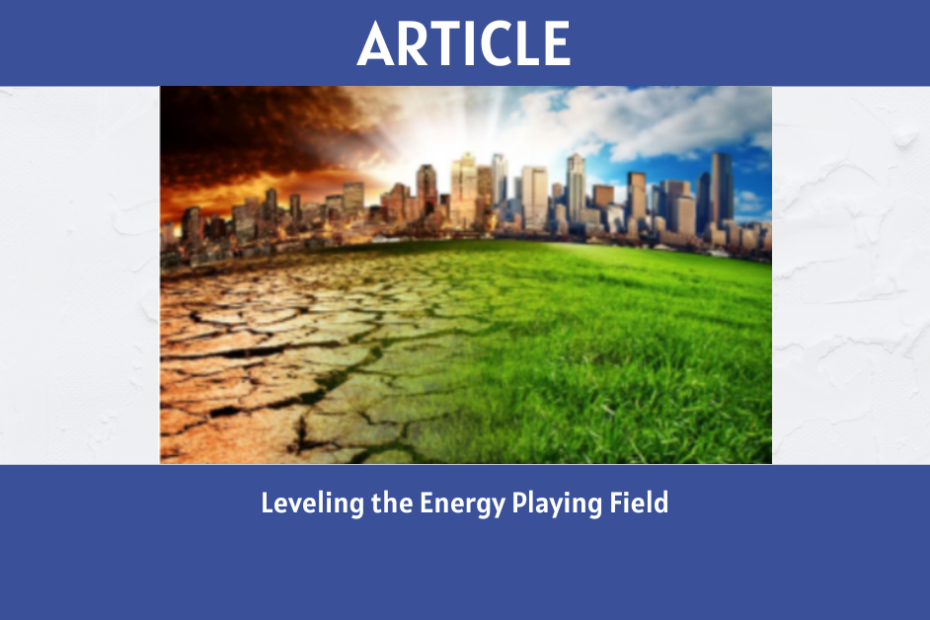 The stone age didn’t end because we ran out of stones.

After the COVID-19 dip, global oil use has rebounded to 100 million barrels per day and is projected to rise to 104 million bpd by 2026 with no peak in sight. Coal remains in undiminished demand for electricity generation, the manufacturing of steel and cement, and various industrial and residential applications. Natural gas cosumption, at 4 trillion cubic meters in 2021, is rising annually.

Anthropogenic climate chaos is the smoking gun for the recent increased number of floods, fires, hurricanes, while predictions of large-scale mass death and destruction are no longer considered far-fetched. Yes, there are shaky global agreements of carbon neutrality by 2050. But after 27 years of agreements, why do all metrics still point north?

It’s the dividends, stupid. While business leaders profess climate change must be addressed, they insist on glacial changes for fear of crashing the economy. And so the planet burns.

The transition from the stone age to the iron age no doubt had its opponents––stones were everywhere, iron required smelting, but the superior technology prevailed.

Similarly, green tech would quickly replace weather disrupting fossil energy except that fossil energy generates serious profits while renewables barely get by. If the dividends paid by fossil energy and green energy were reversed, investors would posthaste move funds to renewables and all but abandon dirty energy. Climate change solved, mission accomplished.

But this can never happen. Fossil energy resources are monopoly-owned and finite. Monopolists therefore charge above the cost of production, often generating double and triple digit ROIs. Green energy, on the other hand, is replicable: more panels, ethanol, turbines, geothermal, biogas can be quickly brought on stream, undercutting any windfall profits that established green energy producers may be earning above an operating ROI (±5%).

In paleolithic times, stone and iron ore couldn’t be monopoly-owned so neither resource had monopoly or finite advantage; it was a level playing field. When iron tools and weapons began to pay higher “dividends,” it was all over for stone.

So how to level today’s energy playing field?

Renewables and conservation don’t attract windfall profits: they rarely generate profits above the cost of production, so they don’t attract speculative investment. No investor will speculate on renewables unless there is a good chance of collecting economic rent.

Dividends from renewables can never compete with those of fossil fuels, so, to level the playing field, the windfall profits of oil, gas and coal should be stripped off to make renewables equally attractive to investors. Fossil energy companies must, of course, be left with an operating ROI of around 5%, but the unearned superprofits should accrue to the community.

To achieve carbon drawdown in time to avert climate apocalypse requires socializing the rent that flows to fossil energy resources. This revenue could be used to reduce economy-damaging deadweight taxes on jobs, business and sales.

Al Gore suggests we tax what we burn, not what we earn. Carbon levy revenue could perhaps best be used to offset the hated income tax, which would help make local labor competitive again. Income taxes were never meant to be permanent.

Windfall profits are what economists call economic rent, which is the unearned revenue that can be charged because of monopoly ownership of a resource; it is revenue without a cost of production. By definition, economic rent sharing is not punitive to any industry or lifestyle. It neither encourages or discourages any enterprise since it always leaves an operating profit in place. Picking winners and losers is the job of Pigouvian taxes, not Geonomics.

Capturing the economic rent of fossil resources is not political or environmental. It’s just sound economics that forces the speculative economy to shift to the productive economy.

Collecting the economic rent of energy is not a tax, it is a fee for service. Carbon fees permit people and businesses to get rid of their CO2 by dumping it into the air, like any other fee for disposal of waste.

Emitting CO2 is a privilege not a right, so being required to pay for this privilege makes good sense. The community should be compensated for the loss of its clean air. The atmosphere belongs to all, so carbon fee revenue should perhaps be shared to all as part of a basic income, like how the Alaska Permanent Fund or the Government Pension Fund of Norway share oil royalties with their citizens.

Recent supply chain disruptions are partially caused by the overdependence on long and precarious supply lines. A charge on carbon will right-price transportation and thus help repatriate outsourced manufacturing. Local self-reliance in basic goods and services will spur local spinoff industries, and these multiplier effects will create jobs.

Carbon rent capture can readily be administered by assessors, either by rental fees on oil, gas and coal fields or fees on carbon emissions. Australia has made use of a Minerals Resource Rent Tax, and Canada legislated a $15 USD charge per ton of CO2 in 2019, which increases $8 per year, rising to $140 per ton by 2030. The revenue is returned to citizens as a dividend; low emitters are rebated more than they paid in, high emitters pay more than their rebate.

CO2 levies will shrink the wealth gap without governments resorting to politically fraught wealth or estate taxation. Everyone, rich or poor, will be incentivized to reduce emissions without disincentivizing ambition or wealth creation.

Taxing incomes, businesses and sales damages the economy. Taxing jobs causes unemployment; taxing businesses drives the business closer to bankruptcy; taxing sales raises the costs of products we need. Alternatively, collecting the rental value of resources and pollution removes the incentive for speculation and leaves capital no option but to invest in the productive economy.

Oil, gas and coal fields are monopoly leased or owned and therefore can charge above their cost of production. The magic of emissions rental capture is that it creates a level playing field between the fossil fuel economy and the job-rich renewables and conservation industries.

Pricing carbon removes the superprofits from the fossil energy spreadsheets, giving renewables and conservation the fair chance they deserve.