Racism Has Been Mobilized — Why Now? 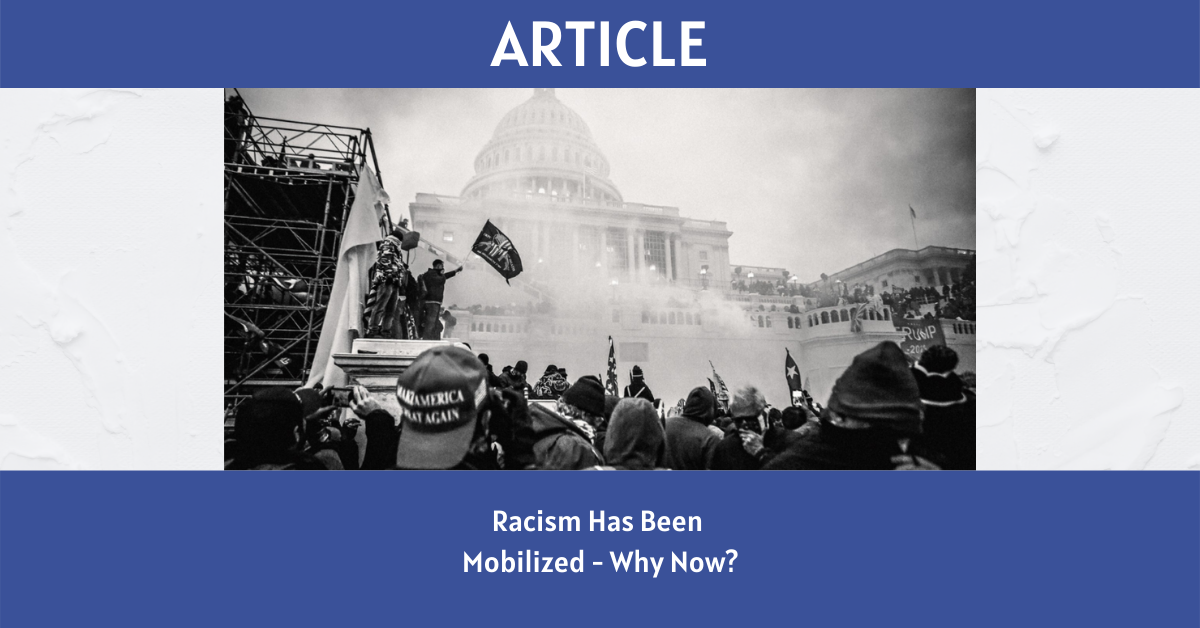 Barton Gellman’s “Trump’s Next Coup Has Already Begun” (The Atlantic, January/February, 2022) solidly makes the case that it is largely masculine racism — the fear felt by a disturbingly large number, albeit a minority, of white, male, not especially young Americans that their place in society is threatened by people of color — that now makes a mass of grievants a weaponizeable, anti-democratic force.

Gellman also astutely reminds us that such race-based, essentially tribalist, grievance and fear are not new in this country; they were around during Reconstruction.  Meanwhile, Jason Stanley (“America is now in fascism’s legal phase,” The Guardian, December 22, 2021), finds, quite reasonably, that oligarchs are the ones that have weaponized that racist mass.

But, like Stanley, Gellman leaves unasked in his otherwise excellent analysis of the roots of the January 6 insurrection the key question: why now?  Why this moment for long-simmering racial resentment to have seethed to the boiling point?

I believe the missing element that explains the timing of this mobilization is economic anxiety.  Gellman reports that the January 6 insurgents were, to a significant extent, employed, often in white collar jobs or their own businesses.  One therefore comes away from reading his article with the impression that economics are not a significant factor in the current democratic crisis so apparent in the January 6 insurgency.  I don’t believe that view is correct.  Gellman does not report that the insurgents, even if employed, were especially wealthy; in any event, it is unlikely they were so well off that they would be immune to economic worries that would in turn contribute to feelings of existential, tribal insecurity, to the kind of fear and rage that moved them to assault the Capitol.  If times in general were good, if the prospects of those assailants were rosy, why make that historic assault on the seat of democracy?

One can hold a white collar job or own one’s own business, as Gellman reports that more than half of the January 6 insurgents did, and still fear a reversal of economic fortune, loss of employment, sudden medical bills, homelessness.  I think it must be the case that, economically speaking, times are not that good, even for those who have jobs and some means.

These days, moderate, even decent income is no proof against the fear of destitution.  That fear has got to be what has mobilized appalling racist anger now.