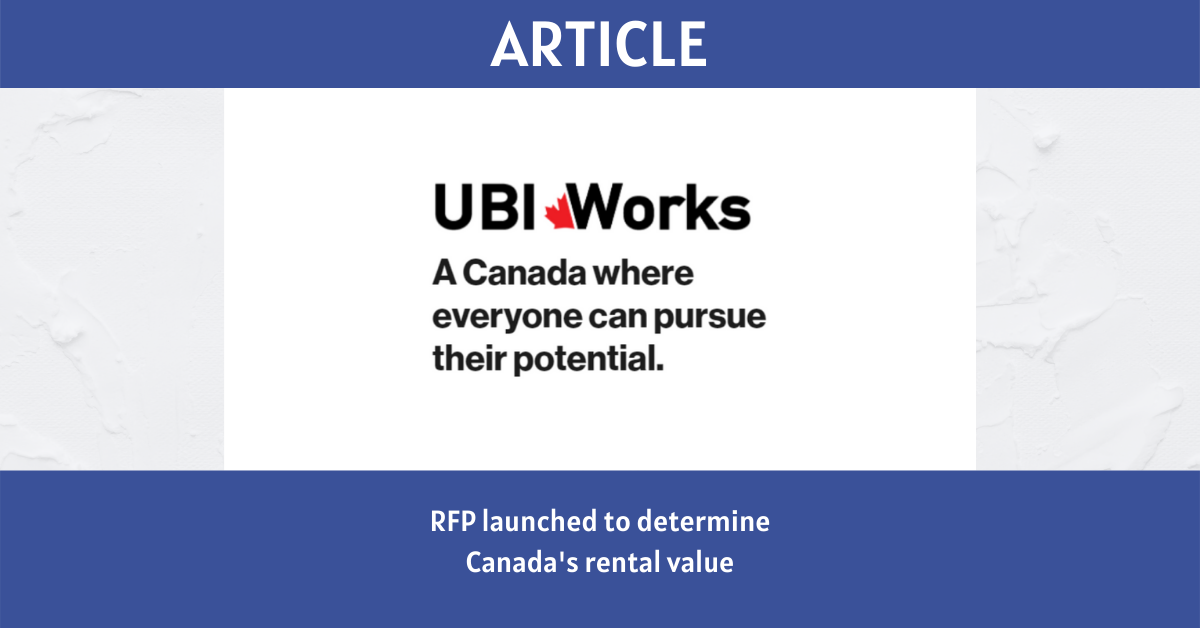 An exciting project has been initiated in Canada. After discussions with Georgist economists including Frank Peddle, Karl Fitzgerald, Richard Pereira, and Gary Flomenhoft, an established Canadian organization has released an RFP inviting economists to calculate the available economic rent in Canada. The spearheading organization, UBI Works, led by Floyd Marinescu, is intent on building a model on how rent capture could be used to help fund a UBI.

While Canada already has an extensive European-style social safety net, it does not yet provide a basic income. Implicit in this project is that basic income schemes should not be financed out of earned income, but rather by revenue generated by the global commons.

The impetus behind this project is informed by Georgist economic theory that every citizen should receive, as birthright, their share of the unearned income generated by the local, state and national economy, variously called a Basic Income, Citizens Dividend, Social Dividend, Commons Share, or Royalty Payment.

Whether Canada will at some point adopt a UBI, or whether the resulting assessment of Canada’s rental value will factor into how this UBI is funded, in any case the results will be pivotal when economists make the argument that rental value capture be used to finance government programs in lieu of existing dead-weight taxes.

Click the link below to read the RFP, and feel encouraged to participate yourself and forward the link to other economists whom you think may be interested in this project.