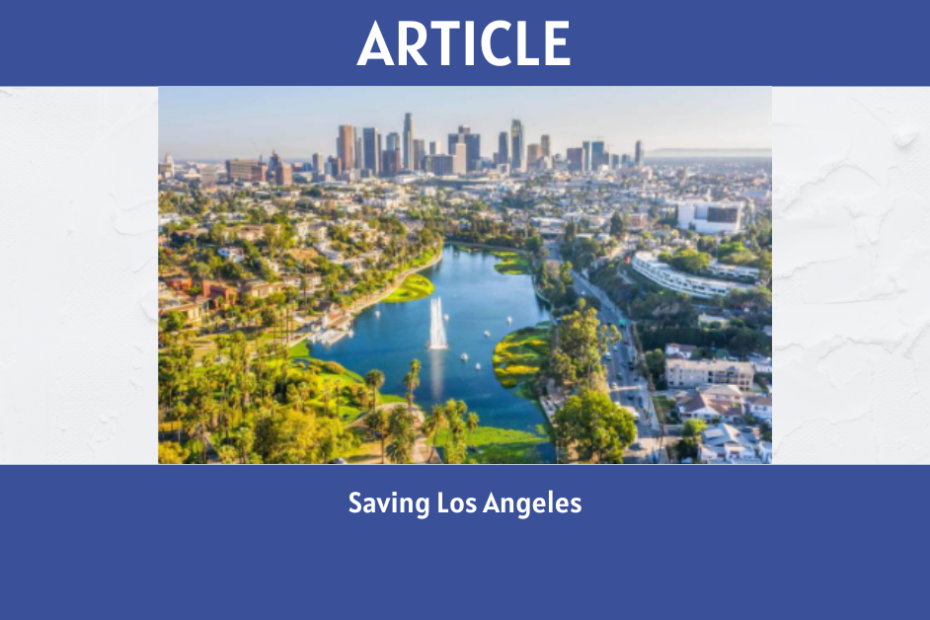 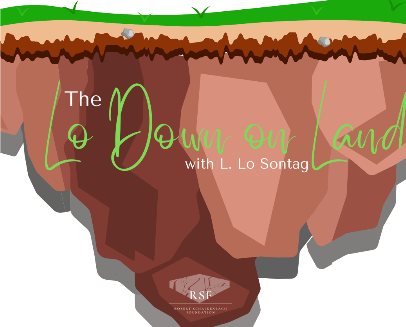 To save itself, Los Angeles must return to its original hair color or, as they say, “its roots.” When my great-great-grandfather landed in Los Angeles in 1890, there were commuter trains. Downtown Los Angeles was an actual center city, not simply a name of one of over 400 neighborhoods. Los Angeles’ functional boundary currently has 400 neighborhoods whose names rarely denote anything more than a feeling from a particular time. As an Angeleno, I must say it blew my mind to realize that in New York, uptown meant north, not Christie Brinkley dancing around in an unnecessary hat.

Many factors laid the groundwork for Los Angeles’ infamous sprawl, including the arrival of the Southern Pacific in 1876, the discovery of Petroleum in 1892, and the purchase and exploitation of the Owen River System in 1913. Human migrations of Dust Bowl farmers, Great Depression refuges of the white Midwest in the 1930s, African Americans political refugees from Dixie, and veterans returning and resettling after WW2 added residents to that sprawl. The demand for housing was great, and prefab tract housing sprawl was the fastest way to meet that demand. However, quick construction was not efficient if you examine it from infrastructure, utility, transportation, and water use. Los Angeles sprawl has always been intentional, exploitative, and lawless. How can you justify appropriating all that water if you can’t point to people and go, “See, we need it.”

Los Angeles industrialized sprawl within its functional boundaries. And with Prop 13, Los Angeles perfected land speculation. Unlike New York, Los Angeles is not constrained by physical limits or even time. There is no “real” Los Angeles: Los Angeles is greater than its political boundaries. You can get off the plane from the flyover on Monday, move into an apartment in Inglewood on Wednesday, and by Friday, be an Angeleno, and no one will doubt you.

As stated, Los Angeles has always been lawless, but now it’s also exceptionally cruel. The union defense industry jobs that built Los Angeles’ middle class were busted and shipped overseas. Its labor is split mainly between the upper-middle class (finance, development, tech, or academia) , the rich, and the wealthy who work in Hollywood. On the other end of the spectrum, are the poorly paid working-class service jobs. In these jobs, workers get on their knees in a wide range of professions, from the gig economy to cleaning floors to sex work.

And that working-class service sector is most of Los Angeles. They are the people with the longest commutes that consume nearly 15% of their annual income. They live in places where they have “to drive until they qualify” at the figuratively rough edges of Los Angeles towards the desert, and for the unluckiest, in the desert itself. The toll of this doesn’t just affect the masses. Transportation is the largest source of greenhouse gas emissions in California. Los Angeles is a significant driver of the climate crisis in the United States. In a 2022 report, American Lung Association stated that Los Angeles ozone pollution is the worst its been since 2010.

Proposition 13 was presented as a salvation for middle and working-class homeowners, but the real consequence was it allowed land speculation to become a risk-free sport for the wealthy. Rather than making housing affordable, it became a Battle Royale for housing for the rest of the population of Los Angeles. Socially, it defunded our schools, social services, and a host of other services that make communities work. Another “unintended” consequence was an almost unbearable strain on our environment. There is a connection between fires and sprawl. We have had some of our deadliest fires in the last four years.

What makes Los Angeles work is not the wealthy or even the generation old locals. What makes Los Angeles works are the migrants from all over the nation and the immigrants from all over the world. The Los Angeles dream is the American dream. It doesn’t have to die. But we must take drastic steps to reign in land speculation and create affordable, accessible communities in a core with physical boundaries. We will never be New York or Chicago, but Los Angeles can continue. It can infill its historic urban core communities in the areas surrounding downtown Los Angeles, it can build densely, and it can build mass transit that connects to its subways and express bus line and construct protected bike lanes for short trips.

How does this happen?

Los Angeles City needs to model Cambridge, Massachusettes’100% affordable housing overlay (AHO) by creating its own AHO in an 11-mile radius surrounding downtown LA that is tied to the median wage. On the county end, Los Angeles needs to implement a countywide land value capture. A land value capture recovers a portion of increased land values from landowners who benefit directly and indirectly from public investments, resulting in a more equitable distribution of the monetary benefits. The unearned income from urbanization and public services should be shared by all. The land value capture can also be done to prevent land speculations outside LA city boundary, which is still functionally Los Angeles. Another added feature of land value capture is that it can be configured to limit the building in natural habitats, such as Los Angeles’ wetlands, by making private ownership of it financially prohibitive. The land within the political boundaries of Los Angeles city is valuable and underutilized. Los Angeles needs to hold the invisible hand of development and aid it in building more efficiently by implementing financial and urban planning mechanisms that will make the land speculation that has littered our residentials with empty overpriced condos & apartments, poorly cared for slum dwellings & commercials, and empty lots, much more expensive than building reasonably priced housing.

People who live in their primary homes can be exempt from the land value capture, but the 67% of residential units owned by financial institutions must contribute their fair share. We must recapture our Los Angeles to save it.