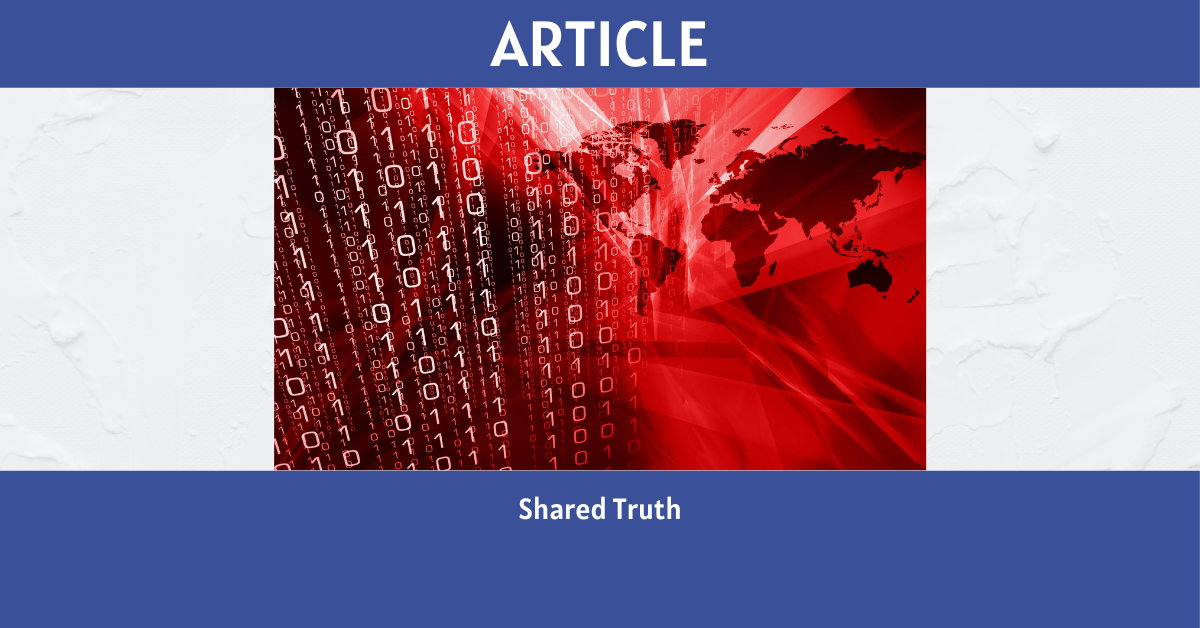 Apparently, cyberattacks do not only involve computer programming. There is a thing called perception hacking, a name for the kind of disinformation campaign that starts online and seeks to sow distrust and division deeply and widely in a society. In the run up to the 2020 Presidential election, the U.S. Cybersecurity and Infrastructure Security Agency (CISA) was worried about perception hacking. After all, Russian interference had helped that happen ahead of the 2016 Presidential election. Accordingly, in 2019, in an attempt to educate the public about the nature of that type of hacking, CISA published a poster that laid out the five stages of such disinformation campaigns.

In Stage One the hackers identify a potentially divisive issue that can be exploited to sow widespread discord. In Stage Two they create social media accounts that take positions on the targeted issue. Stage Three uses those accounts to amplify discord through online trolling — troll posts aim to foment readers’ anger. Stage Four is the attempt to insinuate the “debate” into mainstream media; success at this stage is gold to the hacking campaign because it spreads the angry disagreement throughout society. In Stage Five live events, such as rallies, are organized; these take the confrontation offline and onto the streets.

The success of such campaigns is evident in the rise of violence around a number of divisive issues. Consider the recent spate of attacks on flight attendants by airplane passengers who have become enraged by requests to mask up during a viral pandemic. Consider, too, the assault on the Capitol on January 6, 2021.

As the hearings of the House Committee on January 6th make clear, the disinformation campaign which culminated in the attempt to stop the election results from being certified was, in effect, an assault on our common understanding of truth itself.

That is one of the main points of “Will Be Wild,” the brilliant podcast series about the dynamics that led up to the January 6th mob attack. Co-producer Andrea Bernstein makes that point when she likens the plight of Michael Fanone, a police officer who nearly died defending the Capitol, to that of the family of one of the Capitol’s assailants, Guy Reffitt. (Fanone can’t help but argue with insurrection deniers, even though that kind of arguing makes it harder for him to recover from the trauma of having been beaten and tasered almost to death by the insurrectionist mob. Meanwhile, the members of the Reffitt family struggle to reconcile with one another; that is understandable, given that Guy Reffitt’s son Jackson turned his father in to the FBI and Guy, now incarcerated, faces up to 50 years in prison.)

Linking their stories together, Bernstein observes:

...And so Fanone is trapped in the same place the Reffitts are trapped and, you know, America is trapped. Which is that it’s impossible to have any kind of reconciliation if there is no shared truth.

For their part, both the “Will Be Wild” podcast and the House Committee’s January 6th hearings broadcast the truth about the riot and the actions of Donald Trump and his enablers that produced it. But what is the deeper truth? What conditions permitted those actions to be taken?

Former CISA director Chris Krebs makes it clear that those questions are vitally important. Like many analysts, he warns that we are vulnerable to more such attacks on our democracy. In Episode 6 of the podcast, Krebs (a lifelong Republican) notes that the Republican party is now “a party that is being overrun by those that are apparently pretty damn cool with authoritarianism and autocracy.”

“How did we get here?” he asks. “It can’t possibly be because one guy, the former President, led us here. There’s something else going on here and we need to get to the bottom of this really damn quick.”

As it happens, the core insights of the 19th Century thinker and reformer Henry George provide answers to these deeper questions. Foremost among his insights is George’s realization that it is the monopolization of land through private land ownership that causes poverty to persist and deepen as civilizations advance. He perceived that as societies get better and better able to produce wealth, the benefits of that progress are reaped, and more than reaped, by individual land monopolists, at the expense of the general population.

In light of the January 6th riot, George’s reflections on how civilization may decline have an uncanny ring:

...[I]n the United States today is republican government running the course it must inevitably follow under conditions which cause the unequal distribution of wealth.... As corruption becomes chronic; as public spirit is lost; as traditions of honor, virtue, and patriotism are weakened; as law is brought into contempt and reforms become hopeless; then in the festering mass will be generated volcanic forces, which shatter and rend when seeming accident gives them vent. Strong, unscrupulous men, rising up upon occasion, will become the exponents of blind popular desires or fierce popular passions, and dash aside forms that have lost their vitality.

George wrote those words in 1879. The course he said the United States was running has now passed up the steps of the Capitol and into the building.

Nevertheless, George was essentially an optimist. He made it clear that the central economic injustice of private land monopoly can be undone, for example through the mechanism of having society and not private individuals collect the economic rent through the taxation of land value.

George’s central insight answers the crucial question Krebs poses. We got here because the injustice of private land monopoly has produced not merely severe income inequality but dire and deepening poverty and, accordingly, widespread fear of falling into poverty. In better times, classist and racist grievance could not be so readily exploited by an autocrat and his acolytes.

There are further grounds for optimism, however: although it may temporarily be obscured, truth has long-term staying power. The human capacity for understanding being what it is, truth has a way of becoming common knowledge, which is to say it does end up being shared. In an age when a powerful Church made it dangerous to do so, for example, Kepler built on the insights of Copernicus and the discoveries of Galileo — Galileo, who under threat to his life recanted — to solve the centuries-old puzzle of planetary motion. As a result we have a shared understanding of Kepler’s laws of planetary motion, and the more comprehensive insights about motion in general that Kepler’s laws led Newton to discover. And so must it come to pass for Henry George’s insights, revealing as they do the path to fundamental economic justice.

This is the way of things: truth will out.